Why does your business need datafication?

A fundamental aspect of datafication is the large number of digital systems and digital devices currently housed in and around retail. These devices and systems are now legion  from data generated from the use of a retail’s ”learning management system” to  hundreds of smartphones and other personal devices used by workers, customers, and staff every day. Every keypress, click, swipe, and touch results in a data trail.

Massive Production of Data on Human Activity and Behavior

This data is sometimes attributed to people entering by clicking, dragging and tapping, other times it can be used to categorize people into different categories, groups, and profiles. This is often a ”trace” of data unknown to individuals, such as  continuous GPS tracking of a phone, monitoring of Wi-Fi activity, or failure to take action (system learning  will generate data about what users do unlike what they do).

A good example of a second data type is much of what constitutes a so-called “smart” environment. Indeed, the concept of “datafication” is based on the arrangement of hundreds of different sensors, screens and indicators, all of which generate data related to how humans interact with the physical environment.

All things considered, any retail with a datafication process today is a place where vast amounts of data are systematically generated and collected by the people who work there and the things they do. In this sense, datafication refers to the modern drive to turn large amounts of human activity and behavior into data points that can be monitored, collected, and analyzed.

Of course, the idea of “datafication” refers to more than the mere existence of this data. The second piece of data is the rapid progress made over the past 10 years on how to put this data together.

As noted above, the digital devices and systems now found in the retail sector lead to the  production of big data – what is often referred to as ‘massive’ data-sets and the idea of ‘Big Data’. As a result, digital devices and systems now lead to the tabulation and analysis of millions of data points through increasingly complex analytic technologies. Essentially, these datasets are generated continuously and are typically combined with other datasets.

These advances stem from a number of computing developments, including the massive advances in computing power, the massive storage capacity of cloud computing, and the reduction in the cost of  processing units. With that, there are tremendous advances in machine learning and other aspects of AI.

At the same time, more conventional programming is now supported by the development of relatively simple programming languages and libraries (such as Python) that have transformed the same program into a collaborative process, and more co-construction.

Now online, you have a large software ecosystem and a community of developers  working together on and drawing code from software libraries instead of building programs from the beginning,

The field of online information visualization is exploding, leading to a variety of ways in which data is presented and returned to users. All in all, these analytical techniques (and the results and artifacts they produce) are just as important as the rise of  smartphones and digital apps.

Of course, data analysis is always done with purpose! Third, there are consequences of these technical and analytical advances when applied in social contexts such as retail.

Here, the concept of datafication provides an idea of the social, economic, cultural and political consequences of what may emerge in the form of technical and analytical developments. In short, these data analytics now play an essential role in the social order. For example, social relationships are increasingly imagined and acted upon as data. Many types of decisions are now made based on this data, some of which have life-changing consequences. All sorts of predictions are made from this data, as individuals are profiled, sorted, and classified based on “their” data lines.

The key here, then, is that who an individual is (more precisely, an individual is known by others) is not constituted by his actions, or by his own attempts. Definition meaning. Instead, an individual’s identity is increasingly built for them through the analysis of their data by some often invisible third parties – such as platform companies, brokers, etc. data, business, government, public and state organizations.

In this sense, it is increasingly important to know what the data says about itself  as Cheney Lippold puts it, We are the data. In particular, instead of being the perfect data double as is sometimes claimed, our data identities can be very local, transient and temporary sorting us with all sorts of things. Emerging that we don’t know about, but have significant immediate effects, and longer lasting effects.

This aspect of datafication thus raises questions about how individuals can negotiate their interactions and entanglements with data. As Hintz et al. (2019) asks: “The concept of datafication, reflects a change not only in terms of technology, but also socially and politically, and thus it causes us to face questions of power, management, and control” (Hintz 2019, p.2)

There’s a lot to think about here. Of course, it is important to realize that these changes are not simply an inevitable consequence of the development of networked digital technologies. The technical ability to “database” retail must be accompanied by a human desire, will, and/or compliance to do so. In this sense, institutional imperatives and individual priorities are an equally important aspect of understanding this shift in contemporary society’s organizational and organizational modes.

Also, think more about how some of our concerns about equity and social justice might fit into the first two (seemingly technical) elements of dataisation. For example, how do we develop less differentiated algorithms by inserting our own code and subroutines into libraries and software repositories? How can programmers and developers participate in ethnic discussions in forums like GitHub and StackOverflow?

In a nutshell, each of the three elements of dataization we’ve just described provides a neat rubric to frame the key questions we wanted to explore throughout our project. 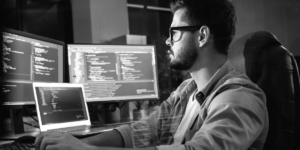 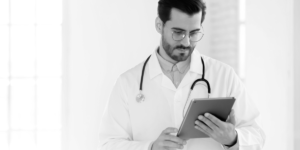 Why healthcare software is important? A medical practice without digitization... 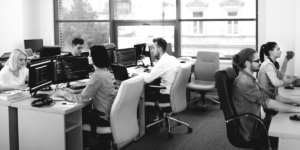 Grow your business with IT Staff Augmentation Staff augmentation is...

We offer tailored technological solutions. Our experience has allowed us to develop solutions for companies in Latin America and the US with more than 43 years of experience and 95% overall satisfaction from our customers.

We provide technology for your company.